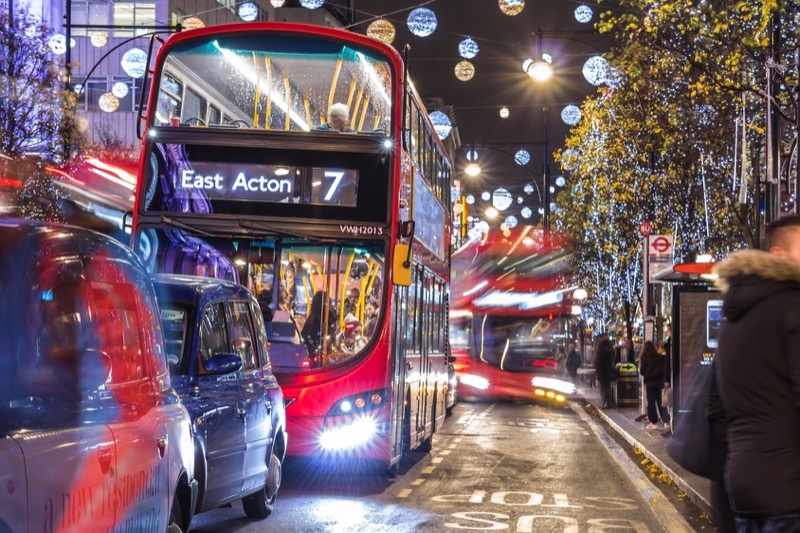 How to beat the Christmas travel chaos

It’s Christmas Day in less than a week’s time- meaning the roads and railways will be packed with festive revellers and shoppers and will be no place for anyone travelling on business.

If you’re in any doubt as to just how rammed the railways will be, figures from Trainline reveal how this Christmas is set to be the busiest ever as 20,000 more passengers than last year have already booked their festive train tickets.

And then there’s ‘frantic Friday’ to contend with.

Thankfully, there are a couple of ways you can beat the Christmas travel chaos.

What is ‘frantic Friday’?

As the holidays approach, travellers are being warned about ‘frantic Friday’ – the last Friday before the Christmas weekend, when the schools break up – when the roads and railways will be busy with festive shoppers and people getting away for the holidays.

The RAC estimates there will be around 31.2 million leisure trips taken between Thursday and Christmas Eve.  While the AA surveyed 18,000 motorists and found half (53%) of drivers planned to use main roads and motorways on December 19 and 20.

To make matters worse, the railways have 386 engineering projects running over Christmas, while new timetables, staff shortages, signalling issues and strike action will further disrupt services. The roads don’t fare much better, with more than 2,000 roadworks on major routes.

Even though it’s late in the day, you can still minimise the amount of travel chaos you need to put up with.

How to avoid the Christmas travel chaos

Carefully choose when you travel

The good news for business rail users is that Trainline reckons Saturday, December 19 will be the busiest day of the festive period, and if you are planning on travelling to see colleagues, customers or clients before the Christmas break you could do a lot worse than go on Tuesday, December 22 as this has been earmarked as the best day to take the train.

What are the busiest festive travel days?

And if you’ve not already booked your train tickets, make sure you do it sooner rather than later – not only will this help ensure your preferred journey isn’t sold out, booking early saves customers an average of £53 per journey.

Trainline’s data also reveals, somewhat unsurprisingly,  that London Euston will be the busiest station over Christmas, with more travellers heading home from the north London station than anywhere else. Manchester Piccadilly and London Kings Cross come in second and third respectively.

What are the 10 busiest UK train stations?

Simon Darling, Chief Commerical Officer at Trainline, said: “Christmas week is one of the busiest times of year for train stations, and packed stations can sometimes be a daunting thought for travellers.

He added: “Not only can people who book now still save money and skip the queues, planning your trip home for Tuesday 22nd December could be an extra little win. Travellers can also use the Trainline app for useful info like live departure boards and platform numbers to navigate the crowds.”

Beat the travel chaos with a conference call

There is another way to beat the Christmas travel chaos –  simply stay in the office and connect with clients, customers or colleagues remotely via a conference call. Or, if you want to miss the chaos of the morning commute, work from home and conference call in colleagues and clients from there.

There’s no contract and no reservation fees – you only pay when you make a call – and you can get up to 100 participants on the one call, from anywhere in the world. Go to conferencecall.co.uk to find out more and get started.

conference call guide how to