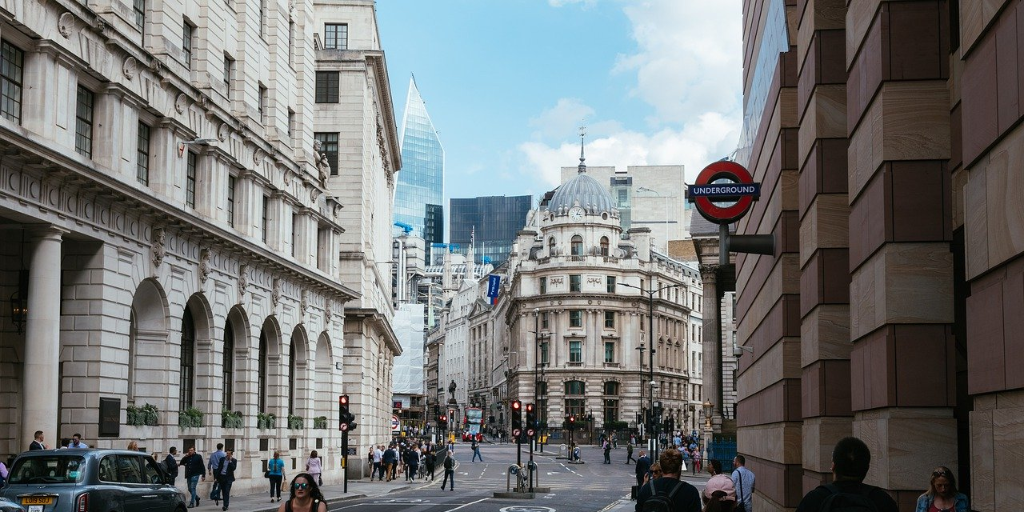 The UK has lurched into recession again – essentially its second in a decade, following the financial crisis of the late 2000s. The UK has been hit by a recession in every decade since the 1950s, but this latest one is the worst in history. Let’s take a look at what makes a recession, and whether this ‘coronavirus recession’ could see a number of businesses leave the UK for bases overseas.

What is a recession?

A recession is a decline in economic activity that lasts for two consecutive quarters – this contraction is typically defined by a drop in sales of goods and services, job losses and a decline in overall economic out put.

While a healthy economy expands over time, the common definition of a recession – cited by economist Julius Shiskin in 1974 – states that two consecutive quarters of contracting output suggests there are serious underlying problems.

Is the UK currently in a recession?

Yes, the UK is currently in the midst of what is being called the ‘coronavirus recession’ as a shrinking economy has been exacerbated by the worldwide pandemic and subsequent lockdown, which has seen many businesses close, some temporarily while others have gone for good, and consumer spending drop.

The UK could also be headed for an unemployment crisis when the government’s ‘furlough’ scheme ends in October.

Has the UK been in recession before?

The UK has hit recession around 17 times since records began, the first of which lasted 60 years during ‘The Great Slump’ of 1430 to 1490.

Worryingly, recessions seem to have become a fact of life since the 1950s, when there has been at least one in every decade since, with the 1970s seeing two (which could have been one long recession between 1973 and 1975, but for a slight economic upturn in 1974).

Will the coronavirus recession see businesses leaving the UK?

Nigel Green, founder and chief executive of deVere Group, which has $12bn under advisement, believes a growing number of UK and global investors are likely to move their assets overseas as Britain enters its worst recession in history.

Mr Green said: “As was expected, Britain is now officially in recession. It’s the deepest recession in UK history and the deepest of any G7 country.

“Whilst the economy grew 8.7% in June, which beat economic estimates, and confirms a recovery is now underway, the real test will be after the summer when there are no more national lockdown-easing measures to lift the economic spirits, more local restrictions are likely to be imposed and as significant programmes such as the furlough scheme which has protected jobs come to a halt.

“All of this creates ever more uncertainty in the UK economy.”

He continues: “UK and global investors will be becoming increasingly nervous of this worrying situation and can be expected to take precautionary measures to insulate themselves against a potential fall in the value of UK-based financial assets.

“A growing number inevitably and quite sensibly are likely to be looking to grow and safeguard their wealth by moving assets overseas through various established international financial solutions.

“The pace of this trend, I believe, will increase over the next few months as the issues intensify.”

The deVere CEO goes on to add that the confirmation of a recession “may be a good excuse to start that much-needed rebalancing in favour of global stocks, bonds, currencies and perhaps property.”

The weak economy also further boosts the chances of tax hikes and relief cuts in the UK November Budget.

“It is highly likely taxes will rise and reliefs be cut. Possible targets for hikes could include income tax for higher earners, capital gains tax, inheritance tax, and VAT.

“In addition, new wealth taxes may be brought in, which was something the Prime Minister was considering before the pandemic hit,” notes Mr Green.

These potential changes in the Budget can be expected to prompt those overseas with financial ties to the country, to look into the international options available to them.

He concludes: “Now could be a good time to revise your financial planning strategies to ensure you’re best-positioned to be able to grow and protect your wealth.”