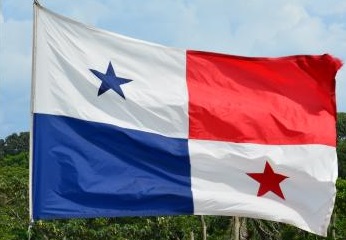 Exporting to Panama – everything you need to know

Exports from the UK to Panama are worth around £149 million, and the UK is the second largest investor in Panama with holdings worth more than $3.3 billion. This is largely due to the Colón Free Trade Zone, an area near the entrance to the Panama Canal dedicated to re-exporting a wide variety of merchandise to Latin America and the Caribbean.

The UK’s main exports to Panama include:

If you want  to take advantage of this unique trading opportunity, here’s everything you need to know about exporting to Panama.

Located in central America, Panama is bordered by Costa Rica and Colombia and has coastlines on the Caribbean Sea and the Pacific Ocean.

The national language is Spanish, the currency is the Panamanian Balboa, the dialling code is +507, and the top level domain for websites is .pa.

What are the pros and cons of exporting to Panama?

A range of well-known UK businesses operate out of Panama, such as Cable and Wireless, Diageo, GlaxoSmithKline, and Unilever.

The strengths of the market in Panama include:

There are, however, a number of challenges that present themselves to UK businesses trading in Panama, such as:

If you want to trade with Panama, you’ll need a reliable and cost-effective conference call provider to help keep in touch when travelling isn’t an option. Here’s How to set up a conference call between the UK and the Panama.

How does tax work in Panama?

Panama and the UK have a Double Taxation Agreement in place, which means duties paid in Panama can be claimed back in the UK. And Panama and the UK signed an Investment Protection Treaty in 1983.

The main tax rates in the Panama are:

How will I be affected by customs in Panama?

All imports into Panama are subject to a 7% value added tax (ITBMS) levied on the cost, insurance and freight (CIF) value. And this tax is also applied to certain services.

Certain items, including pharmaceuticals, food and school supplies, are exempted from the tax. The average of import tariffs is under 9%, with some exceptions, mainly for agricultural products considered crucial to rural economies and automobiles.