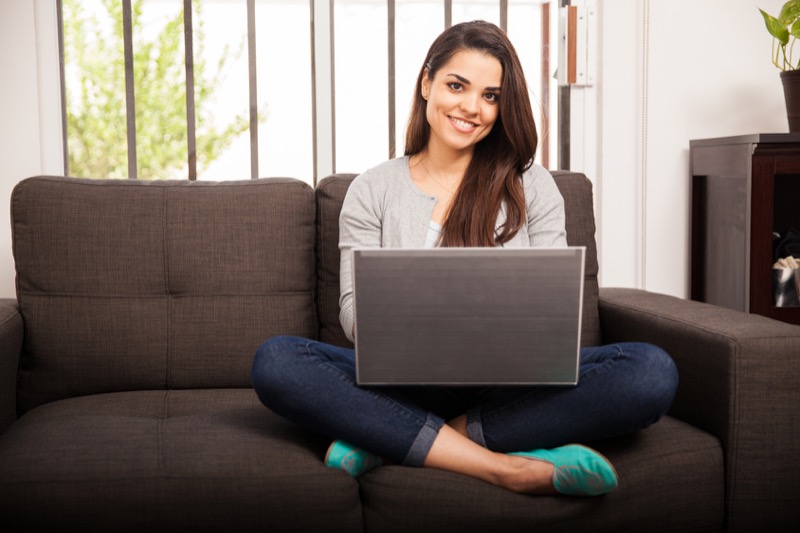 Home workers are more productive than those who are stuck in the office from nine-to-five, according to research from the London School of Economics (LSE).

The findings showed that those who work from home are grateful for the flexibility and the time saved through missing the daily commute is put back into work – proving that getting up at 8am and checking emails while still in your pyjamas is a much better use of time than being stuck behind the wheel in a traffic jam.

Which has always been a good argument for anyone wanting to work from home – if you spend an hour travelling each day, wouldn’t that time be better spent actually working?

The counter argument has always been that working from home means that there’ll just be more distractions; if there’s a piece of work you don’t want to do, then even the housework seems like an appealing option.

However, the findings from LSE suggests that those working from home are actually less distracted.

Working from home is not for everyone

The findings showed those who spend some of their time working from home and some working in the office report the highest levels of work/life satisfaction because they can better manage their time by juggling personal responsibilities and by not being tied down to standard working hours.

However, Dr Alexandra Beauregard from LSE’s Department of Management said: “If people are night owls and their employer is happy for them to work at home from 10pm through to 5am, this can work to the company’s benefit. It just depends on the role and the level of personal interaction needed with their colleagues and the public.”

Dr Beauregard also believes working from home is not for everyone, particularly those extroverts who are better suited the social interaction only found in offices.

Additional benefits of working from home

As well as happier and more productive employees, another major benefit of working from home is that employers have fewer overheads and are also likely to attract better applications when positions become vacant as companies that offer home working are rated more highly by potential staff.

And then there’s the environmental benefits, as Dr Beauregard outlines: “On a broader scale, flexible working hours have a positive spinoff for the environment and transport networks because there are less carbon emissions and fewer traffic snarls.”

So the next step for employers is to work out which staff would benefit from working from home and which staff are better suited to life in the office – crack that, and employers could find themselves with the perfect workforce.

Do you work from home? Are you all the better for it? Let us know in the boxes below…