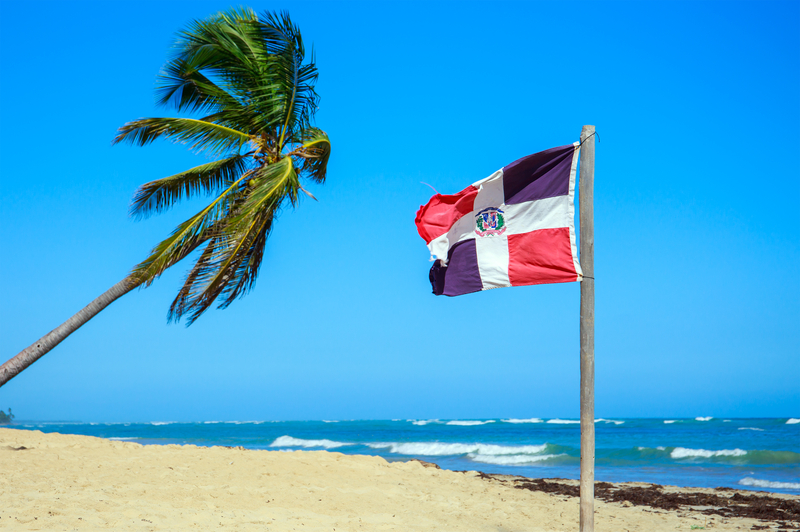 How to conference call the Dominican Republic

The Dominican Republic has played a major part in the growth story that is the Latin American economy.

The Caribbean island shares around half its land mass with Haiti, is home to 9.4 million people and is a middle-income developing country with the largest economy in the region – not least because of the relatively recent boom in holidaymakers seeing it as a cut price way to do the Caribbean.

The economy has been enjoying steady growth since 2005 but is currently going through a slight downturn – GDP has average 6% in the last nine years but currently sits at 4.1%.

Tourism is the country’s leading foreign exchange earner although agriculture, construction and mining all play an important part in keeping the country ticking over.

And its strategic geographical location means its ports and airports offer easy access to the rest of the Caribbean, the US and Latin America.

Visit ConferenceCall.co.uk to get your free PIN before clicking on ‘Invite Participants’ to generate an email template into which you enter the time, date and subject of the proposed conference call.

Choose UK and Dominican Republic dial-in codes, click ‘Copy this invitation’ and paste it into an email before sending it to up to 100 participants.

What’s the best time to call the Dominican Republic from the UK?

Santo Domingo is more than 7,000 miles south west of London and flight times sit at just over nine hours – so hardly a quick commute.

And you’ll have to be careful what time you call as the Dominican Republic is six hours behind GMT (five in summertime), so it’s probably best to make your business calls in the afternoon or early evening to fit in with local business hours.

Where is the Dominican Republic?

What’s the FCO advice on traveling to the Dominican Republic?

Close to 200,000 British nationals visit the Dominican Republic each year, and while most visits go off without incident, all travelers need be wary of crime and violence.

Unfortunately, there is a pretty high crime rate in the country, which has a problem with opportunistic crimes such as bag snatching, pick-pocketing and even violent crime.

Be vigilant when traveling around any part of the country, and avoid wearing expensive jewelry, never carry around large amounts of cash and keep smart phones or cameras concealed or leave them in the hotel safe. Never leave your bags or other possessions on chairs or tables in restaurants or bars.

Drive-by robberies, whereby thieves on motorbikes snatch bags from people or even from car seats, are also be a problem, so keep bags close to your body and away from the roadside, and keep car doors locked and windows up, or keep bags and valuable in a locked boot.

If you’re driving in the Dominican Republic, you can drive using a UK driving licence if you’re staying no longer than three months. If you are there any longer, you should apply for a local driving licence. Be aware that road conditions and driving standards are poor.

If you are a victim of crime, you need to report it to the police as soon as possible – the emergency number for the Dominican Republic is 911.

If you lose your passport or it is stolen, a police report should be obtained before contacting the British Embassy. The English speaking tourist police (CESTUR) can be contacted on +1-809-200-3500.