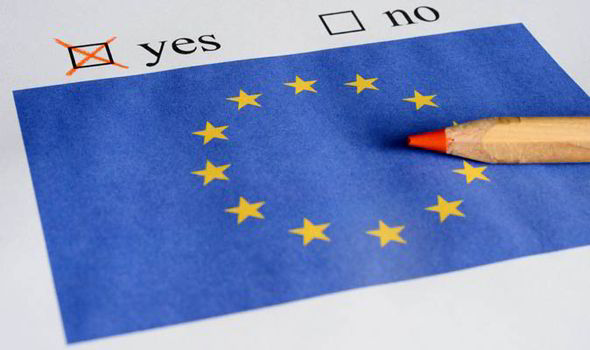 Days after the UK and the EU finally agreed a trade deal, it’s been successfully voted through Parliament by 521 to 73.

This means that the deal – known as the EU-UK Trade and Cooperation Agreement – will now head to the House of Lords and needs to become law before the post-Brexit transition ends at midnight on Thursday, December 31, 2021.

But what exactly does the deal mean?

What does the Brexit deal mean?

According to Eurostat, around 46% of UK exports go to the EU, with 6% of total exports from EU countries going the other way to the UK.

A switch from the internal market to regular foreign trade would lead to a number of problems with these volumes – above all higher costs for companies and consumers.

At least in part, London and Brussels are said to have averted this with the deal. In the future, too, there will not be any tariffs or quantity restrictions that may not be exceeded.

Still, Brexit will clearly complicate trade between the European Union and the UK. No common market simply means more bureaucracy, which in turn leads to loss of time and higher costs.

What about fishing rights?

Fishing rights were an inexplicably big deal during the Brexit negotiations – most likely because fishing waters are symbolic to an island nation and the UK government knew they could use this to whip up the usual levels of hysteria in the UK press.

Until the end, the regulation of fishing rights in British territorial waters was one of the points of contention between the two parties. Here too, however, the negotiators were able to agree on a compromise. For example, EU fisheries in British waters should be allowed to catch 25% less in the next five and a half years. After this transition period, the fishing rights are renegotiated every year.

Any points of dispute?

Apart from tariffs and fisheries, further cooperation in other areas has also been established. In addition to transport and energy, cooperation should also take place in non-economic areas such as the judiciary and the police. However, not all aspects have been fully clarified – or to the satisfaction of everyone involved.

The exchange of data and how it is handled is somewhat controversial. This applies on the one hand to security policy and on the other hand to profit-oriented use – for example in the service sector. The unexceptional recognition of British qualifications within the EU – as has been the case up to now – is not yet a done deal. In conclusion, it can be said that with the trade pact both parties were able to prevent a catastrophic no-deal Brexit.