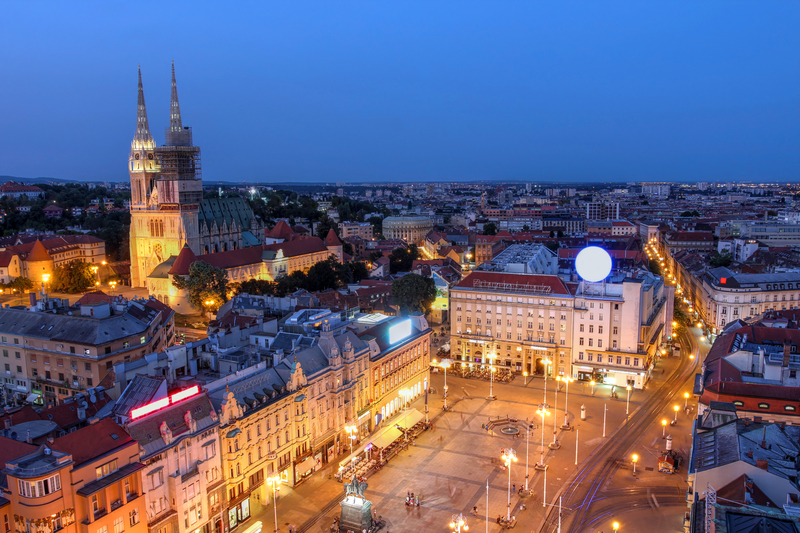 How to conference call Croatia

Croatia’s traditional trading partners are Italy, Germany and Austria, but there are plenty of opportunities for UK businesses – big companies like British Airways, GlaxoSmithKline,  WYG and Vodafone all operate in Croatia – so if you’re looking export to Croatia, or even set up there, it makes sense to keep in touch via an international conference call rather than try to fly out there.

Here’s how to in just a few simple steps…

Visit ConferenceCall.co.uk to get your free PIN.

Click on the ‘Invite Participants’ tab to generate an email template into which you should enter the time, date and subject of the conference call you’re setting up.

Paste it into an email and sending it to up to 100 participants.

What’s the best time to call Croatia from the UK?

Zagreb sits almost 1,700 miles away from London and it takes over three hours to fly there, so a conference call really is the smart way to stay in touch.

Croatia sits to the east of, and borders, Italy, sharing a coastline along the Adriatic sea. It is bordered by a further five countries – Bosnia and Herzegovina, Hungary, Montenegro, Serbia, and Slovenia.

What are the top UK exports to Croatia?

he UK is Croatia’s 18th largest supplier, with goods exports to Croatia are worth almost £200 million in 2014.

The top UK exports are:

What is the FCO advice on traveling to Croatia?

Almost a million UK nationals travel to Croatia each year and the vast majority never encounter any problems.

Crime levels are low, even in the major towns and cities, and violent crime is rare but you should remain vigilant and avoid carrying large amounts of cash and never leave any valuables unattended, especially at beach resorts. Also beware of pickpockets.

And if you frequent any of the countries ‘gentlemen’s clubs’ be aware that some tourists have been victims of overcharging, sometimes amounting to thousands of euros, and are threatened with violence if they refuse to pay.

Some tourists have been the victims of overcharging in so-called ‘Gentlemen’s Clubs’, sometimes amounting to thousands of Euros. Victims can be threatened with violence if they refuse to pay.

If you are a victim of crime, you should report any incidents to the local police station and get a police report.

The national emergency numbers in Croatia are:

Users with disabilities can access the emergency services through SMS or fax to 112.

If you’re driving in Croatia, you can do so using  a UK driving licence. Driving licence rules will stay the same until 31 December 2020. It is illegal to drive with more than 0.05% of alcohol in the blood system.

You must also carry a fluorescent vest in your car – actually in the car and not in the boot –  and you should wear the vest while attending to a breakdown.

For more information on traveling to Croatia, go to GOV.UK

conference call guide how to