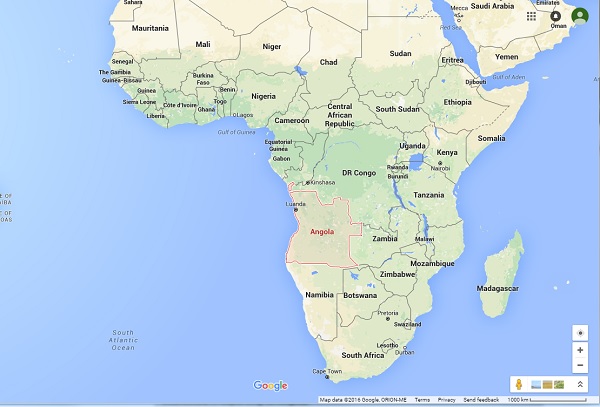 Angola has the third largest economy in sub-Saharan Africa and a population of around 24 million. And if you’re unsure whereabouts Angola sits in Africa, it’s here…

Though while oil and gas are mainstays of the Angolan economy, the government is looking to diversify and so exporting to Angola could provide a good opportunity for UK businesses.

The fastest growing sectors in Angola are oil and gas, agriculture, construction and infrastructure, and the top 10 UK exports to Angola are:

So if you’re looking to do business in Angola, here’s how to set up an international conference call in just a few simple steps…

The pros and cons of exporting to Angola

In 2013, Angola became one of just five countries across Africa to agree a High Level Prosperity Partnership with the UK, and this is now beginning to develop a strong relationship in trade between the two countries.

The strengths of the Angolan market include:

While the advantages to UK countries exporting to Angola are:

It’s not without it’s challenges though, notably:

Setting up the call

The first thing to do is to visit ConferenceCall.co.uk to get your free, unique PIN and then click on the ‘Invite Participants’ tab to generate an email template. Type in the time, date and subject of the conference call, before picking UK and Angola dial-in codes and clicking ‘Copy this invitation’.

The next thing to do is paste it into the body of an email and then send it to as many as 100 participants, then wait for your conference call to begin.

At the specified time participants need to dial the following numbers before entering the PIN:

Despite sitting around 4,500 miles south of London, the time zone is GMT +1 and GMT during the UK summer – this means you can safely make calls in UK business hours without getting anyone out of hours.