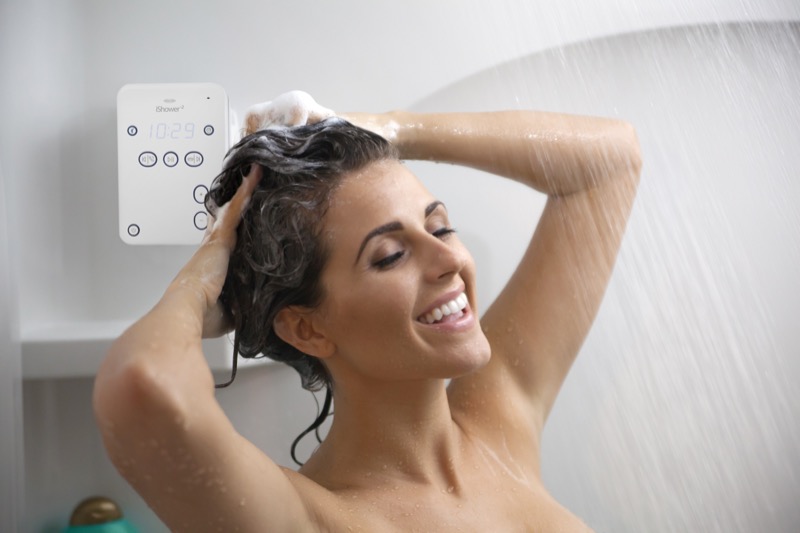 Have you ever wanted to take a conference call while in the shower, or conduct a teleconference while on the toilet?

It may seem like a odd question, but it’s something almost half (47%) of us admitted to doing in a recent study from InterCall.

Or maybe you just want some waterproof tech you can take to the pool or the beach on your summer holiday?

Whatever the reason, here is our updated round-up of the best waterproof tech…

Although many are happy to get by with the camera on their smartphone, if you’re more serious about your snapping you’ll want a piece of kit that does nothing more than take photos – the trouble is, not many are built to withstand a trip to the beach let alone a plunge in the pool.

This Olympus Stylus TG-3 (around £350), however, can withstand being dropped from over two-metres, withstand 100kg of crushing force, works up until 15-metres under water and even operates at temperatures of -10° – hopefully not what you need at the beach, but still…

While swimming in the sea or the pool is great, there’s not much to listen to other than your own splashing about – unless you’re tuned in to a Waterfi 100% waterproof MP3 player (around £120).

Similar in size and looks to the old iPod Nano when the clickwheel was still a thing, the Waterfi has a 2GB memory, 15 hours of battery life and is completely waterproof to depths of over 60 metres. And best of all it comes with completely waterproof headphones so can listen to it no matter what water sport you’re taking on.

The iShower2 is a wireless, waterproof speaker that can connect via bluetooth to a tablet or smartphone from up to 200 feet away – meaning you can shuffle through your favourite tunes and even conduct phone calls from the relative comfort of your bathroom.

iShower2 can stream all types of audio file, using standard play, pause, skip and replay functions, while the microphone and speaker turn it into a hands-free speakerphone to make those squeaky-clean conference calls possible.

There’s also a large LED clock on the front to make sure you don’t miss or overrun a conference call.

The iShower2 isn’t the only piece of kit that can help you conference call in the shower though, so let’s take a look at some other waterproof tech…

Sony have been ahead of the curve when it comes to waterproof tech, making sure most of its top-of-the range Xperia Android phones are able to survive an impromptu dip since the release of the Xperia Z in 2013.

The Z2 can function properly after being submerged continuously at depths lower than one metre. All the port covers do need to be closed and the touchscreen probably won’t function smoothly underwater – though the 5.2-inch 1080p screen and 20.7-megapixel camera will still work just fine.

Last year’s waterproof Samsung Galaxy S5 was the smartphone of choice for beach bums the world over, and so it figures that this year it’s the turn of the Samsung Galaxy S6.