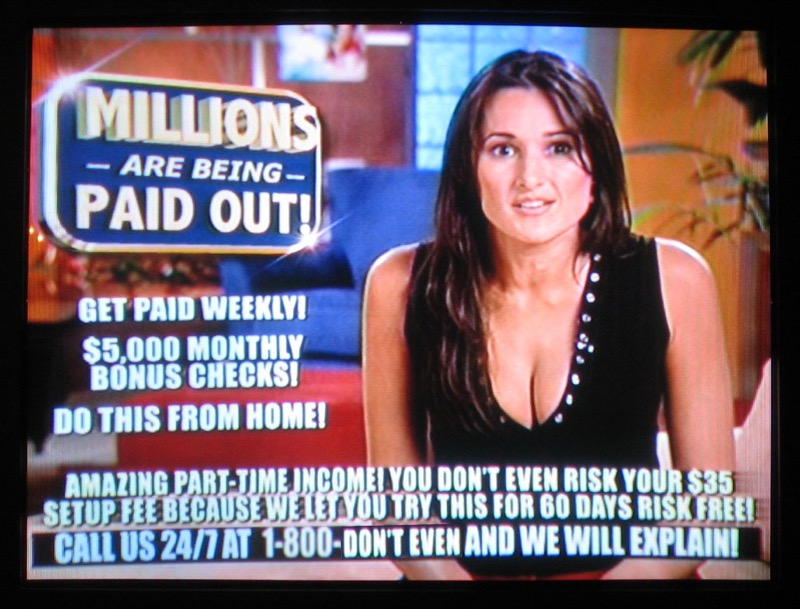 Watch out for work from home scams

Have you heard the one about the housewife who earns up to £75,000 a year working from home?

How about the one where you double your salary by working just ten hours a week -from home?!

What about the old classic where you can pick up £3,000 a week – while working at home?!

If so, then you’ve seen bona-fide online scams in action – and they usually appear between those ads for unfeasibly good-looking ‘local singles’ and some crazy ‘fat burning secret’ which is no doubt guaranteed to change your life.

All equally as improbable as one another and all ignored by the vast majority – however, for anyone struggling to make ends meet they look like a good option to get in some much needed extra cash.

And so in attempt to deter vulnerable people into being taken in by these scams, there’s been some research done in the US to see just how likely it is that anyone can earn anywhere near the figures quoted – and the findings are pretty much as you’d expect…

How the figures don’t add up

In an investigation by the New Jersey Division of Consumer Affairs, it was found that only 45 out of 13,000 customers (yes, 13,000 people were taken in, though I guess in a population of over 300million that’s hardly a significant proportion) made more than $100 from the ‘stuffing envelopes’ scam.

And it gets even worse – about 11,000 didn’t make a penny, and the most anyone has ever made from this supposed money-making venture is just $520 over ten months.

How do they get away with it?

So, how do they get away with it then? Basically, by manipulating the language in the adverts – by promising ‘potential’ earnings, or ‘up to’ a certain amount they can put in pretty much any figure they like as, hypothetically, any amount of money can be made.

The fact that you’d have to work hours a far-eastern sweat shop would deem as out of hand is irrelevant!

It’s like any scam, preying on the vulnerable and making money out of those who can least afford it.

If you feel you’ve been scammed, contact Action Fraud at http://www.actionfraud.police.uk/report_fraud or on the local rate number (which will be free as part of any free minutes plan) 0300 123 2040