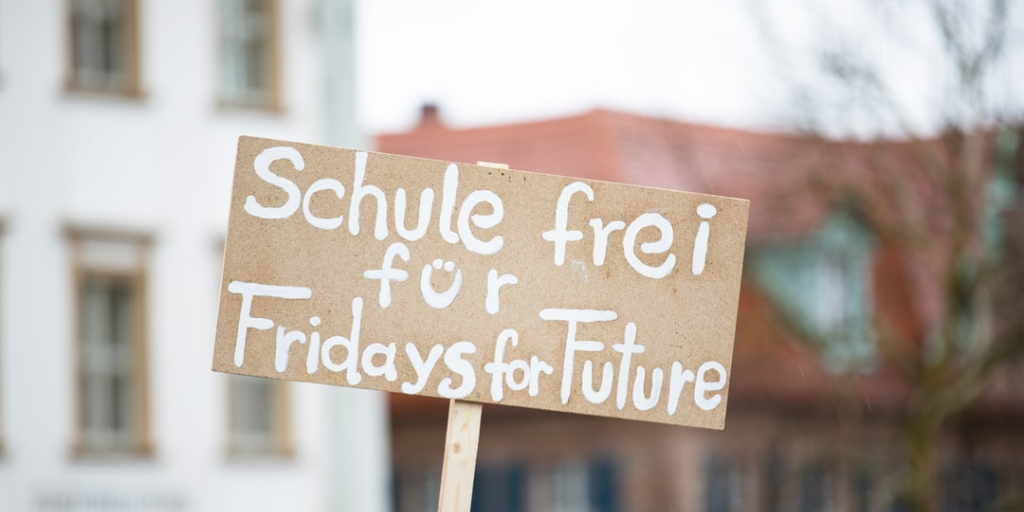 Fridays are a typical work from home day – at the end of the week when no-one will really miss you in the office. But should work from home Fridays become a movement in itself – like Fridays for Future – to help the fight against climate change?

What is Fridays for Future?

Fridays for Future – or #FridaysforFuture, to give it its proper, hashtagged name – is a movement to protest against climate change. Even if you’ve never heard of it, you’ll likely have heard of its founder, Great Thunberg, who started the movement in August 2018 when, as a 15-year-old student, she sat in front of the Swedish parliament every schoolday for three weeks, to protest against the lack of action on the climate crisis.

A month later, Greta decided to continue striking every Friday until the Swedish policies provided a safe pathway well under 2-degree C, i.e. in line with the Paris agreement.

The hashtags #FridaysForFuture and #Climatestrike spread and many students and adults began to protest outside of their parliaments and local city halls all over the world. This has also inspired the Belgium Thursday school strikes.

But could business owners and employees start a similar movement, to encourage people to work from home on Fridays and cut the amount of pollution we create on the daily commute.

How much pollution does commuting cause?

Commuters, who drive about 15 miles a day to work, cause annual CO2 emission of 1.5 tons through this route alone . By comparison, by 2050, according to current climate goals, a person should produce a total of just 1 ton of CO 2 per year. Obviously, this figure should drop as more eco-friendly cars become the norm, but we should also be making public transport much more attractive, as greater use of shared commuter services could cut emissions by around 80%.

It’s not just the planet we need to worry about either, it’s our own health – commuting during peak hour can account for a significant proportion of the pollution we’re exposed to – even though commuting only takes up a small part of our day. And a person a who stays at home for work may experience up to 30 per cent less pollution than their partner who commutes to work.

The good news is that making even small changes to our daily routines can significantly reduce our exposure to air pollution. Even just choosing alternative routes or modes of transport can cut exposure by up to 90%, according to a study carried out in London.

Amazingly, commuters who cycle or walk to work are usually exposed to less pollution than those travelling by car or bus. This could be because the stop-start nature of traffic means those travelling in cars and buses are exposed to air pollution from the vehicle in front, which gets drawn in through ventilation systems and trapped inside. Cyclists and pedestrians keep moving and so don’t suffer such exposure.

It’s even worse for those who use the underground to get to work, as this has worse pollutant levels than any other mode of transport.

If we all work from home just one day a week, we can all help to cut pollution and decrease our exposure to pollution.

Here’s how to set up a teleconference for up to 100 participants, in three simple steps:

If you’ve overseas colleagues and clients, then you’ll be glad to know that setting up an international conference call is as easy as organizing an local conference call! You can invite participants from any country you wish. ConferenceCall.co.uk provides dial-in numbers in 72 countries, more than any other conference calling provider in the UK!