Skip to content
Home > Technology > Where did Ctrl Alt Del come from? 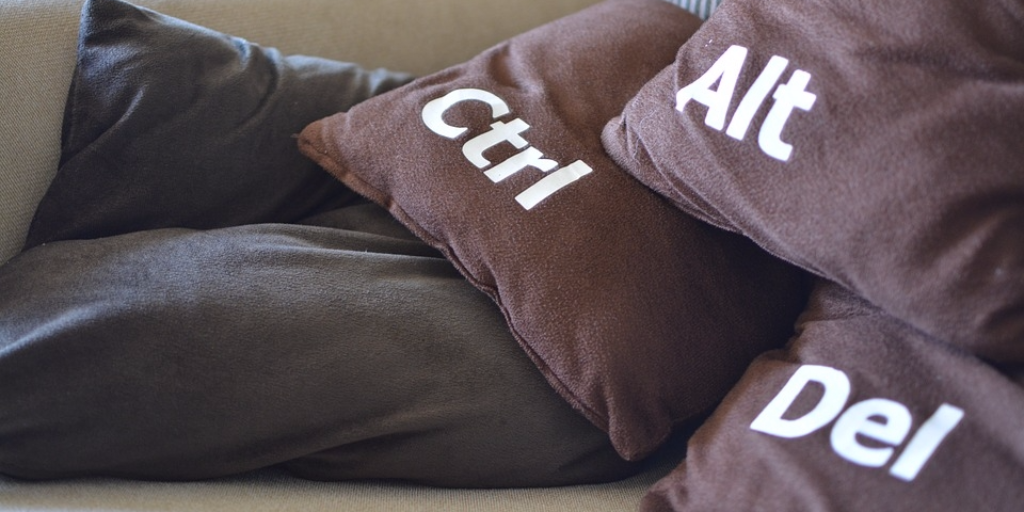 Where did Ctrl Alt Del come from?

If you’re having trouble with any programs on your PC, then hitting Ctrl Alt Del is the only way to go, giving you the power to close down the errant apps, or reboot the whole machine, if need be. And, if that doesn’t do the trick, it’s time to turn-it-off-and-back-on-again.

But did you know that the most helpful keystrike in a keyboard’s armoury actually came about as a mistake? Read on to find out exactly how the Ctrl Alt Del command came about.

The keystrike was initially intended as a way to reboot a PC and had Microsoft-mogul Bill Gates had his way this would have been done via a single key-stroke command.

However, an IBM engineer, Dave Bradley had other ideas and, logically, wanted a series of keys so the computer couldn’t be re-booted by accident.

Bradley had initially favoured Ctrl+Alt+Esc but found that this sequence could be replicated accidentally if the left hand side of the keyboard got mashed – so he switched to Ctrl+Alt+Del as this couldn’t accidentally be done using one hand.

Although Gates still wanted a single key command, the IBM keyboard designers refused and so Ctrl+Alt+Del stuck and has even survived several versions of Windows and is still used in its latest incarnation (Windows 8) to access the toolbar.

Speaking at IBM’s 20th anniversary celebrations Gates said although he himself never invented the key stroke, he did make it famous; a point he reiterated when speaking during a recent fundraiser at Harvard University when he said: “We could have had a single button, but the guy who did the IBM keyboard design didn’t want to give us our single button.”

And if you want proof of how ingrained the command is on people’s psyche, check out the look on a PC user’s face when something goes wrong the first time they use a Mac.

What is Ctrl Alt Del?

If your computer runs on Windows, you can quickly and easily reboot the operating system, or close down individual applications – particularly one that has frozen or stopped working – by pressing Ctrl Alt Del simultaneously and choosing from the options menu it brings up.

What other inventions have been a happy accident?

Other notable inventions that have only come about due to mistakes are: Post-It notes, whose inventor was actually trying to invent a super-strong adhesive, the pacemaker, it was meant to be a device to restore body temperature, and fireworks; the story here goes that an unknown Chinese cook was simply experimenting in his kitchen, when, “BOOM”! Literally.

Thankfully, the use of gunpowder in the kitchen never caught on and so we never have to worry about an exploding egg Foo Yung or our cha siu buns blowing up!

Arguably the most famous, and life-changing, mistake was made Sir Alexander Fleming who, while trying for formulate a wonder-drug to cure diseases, only stumbled upon the idea of using penecillin – a type of mould – after throwing away one of his experiments.

He noticed the mold inside one of the petri dishes was destroying the bacteria around it, and when he grew the mold in isolation he found it contained a powerful antibiotic.

Have you ever had a mistake turn out for the best? Let us know in the comments section…