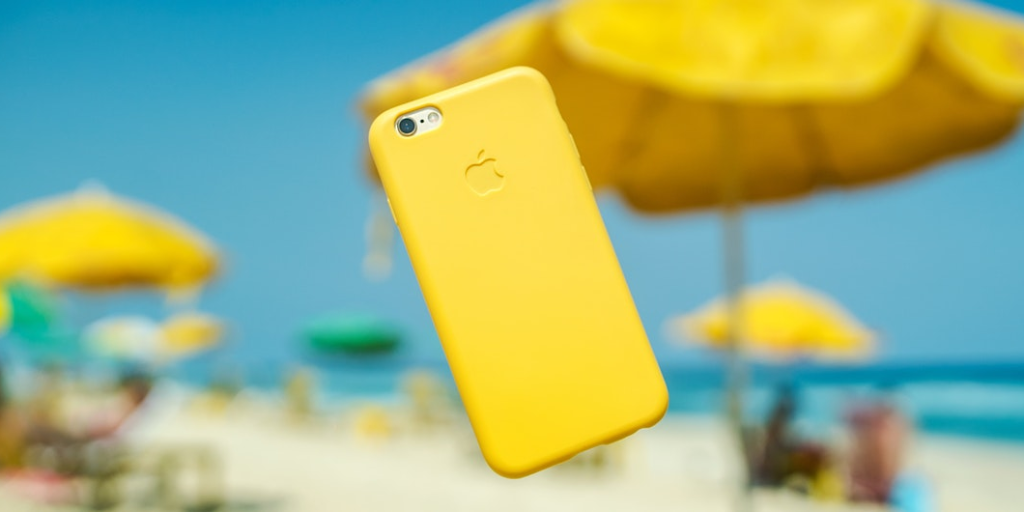 How to make sure your smartphone survives the summer

The UK is being hit with record temperatures. It looks like things could cool down over the coming days, but we’re still going to see soaring summer temperatures. But did you know that smartphones really don’t like the heat?

The option to work outdoors during the warmer months has to be the one of the greatest perks of working remotely,  and if you’re planning to spend as much time out in the sun as you possibly can, you’ll need to take care of your smartphone – it’s not just during the winter months your mobile needs looking after, the summer months can also play havoc with your handset.

Why do smartphones overheat?

Although they don’t have moving mechanical parts, smartphones generate their own heat. As the chips carry out instructions, rapid chemical movements take place to drain the battery. These actions generate heat, and the more heat that is generated, the harder the phone is working, and the more the battery life is affected.

Hot conditions can permanently degrade battery life, which means your smartphone could be losing valuable battery capacity every time it gets warm.

4 ways to keep your smartphone alive in the heat

We can’t guarantee your battery life won’t dip as the temperatures rise, but following these tips should help prolong its life and mean it doesn’t run down quite as quickly as it could,

1. Keep it out of direct sunlight

If you leave your smartphone out in the sun – for example, on the windowsill or on the dashboard in the car – the temperature of the device can quickly reach dangerous levels, so always make sure it is covered or stowed away in the glove box (which is always a good idea when driving anyway, to reduce the temptation of answering a call, text, or even replying to a message on social media).

The ideal temperature for smartphones is around 20°C, anything higher than that, particularly anything over 35°C, can limit the performance of the device or even damage it, in much the same way as cold weather can. Smartphones are powered by lithium-ion batteries, and extreme heat or cold affects the performance of these power-packs, which usually results in them draining faster than usual, or dying when the display says there’s plenty of charge left.

Obviously, the temperature of the smartphone does not always correspond to the outside temperature, so just be mindful that if you’re feeling the heat, your smartphone probably is too.

For smartphone cases, the first priority is to provide safe fall protection, and then dust protection for vital part such as the speakers, headphone jack and charging port. But you also need to pay attention to what the protective case is made of, as some aren’t designed to be used in extreme heat. Some plastic covers, for instance, will offer great protection against drops and dirt, but they can melt in high heat and cause permanent damage to the device. If possible, try to use a neoprene case in the summer, which will offer some protection against impact and be enough to keep the dust out.

Whether you’re on Apple or Android, you may see a range of apps that claim to cool down your phone and prolong its battery life. Known as CPU coolers, they claim to work by closing any apps that are causing too much heat and reducing your smartphone’s temperature. They also claim to boost the performance of your smartphone by cleaning its RAM.

The trouble is, they don’t really work. They may be able to monitor the CPU heat in your phone, but they can;t control it. Conversely, having a CPU cooler app running could add to the workload and make things worse.

How to revive your smartphone

If you’ve left your phone in the sun for too long, turn it off completely and then let cool to room temperature before turning it back on. But don’t put it in the fridge to cool it down more quickly, as this can cause a build up of condensation that can damage the device further.

Speaking of which, there’s also a greater risk of water damage during the summer months, as many of us hit the beach or the pool, so if you drop your phone in water, here’s what to do.

As soon as you retrieve the handset from the water, shake, blow and even vacuum as much water out of it as you possibly can, then you should open it up as soon as possible and leave it in front of a fan – most phones can be opened using a cross-head screwdriver, but iPhones need a special “pentalobe” screwdriver, which you should be able to buy online – and don’t worry about voiding the warranty, that ship sailed when you dropped it in the water.

With the residual water gone, you can submerge the phone in about 4 cups of silica gel or instant rice (forget normal white rice, it’s not very effective at all), or just leave it by the fan in the open air to dry off completely.

How ConferenceCall.co.uk can help save your smartphone battery

Instead of setting up a conference call on your smartphone, why not turn to the good old fashioned landline and use our service to speak with up to 100 participants at once.

Even if you need to use your smartphone instead of a landline, using our service will have less of an impact on your battery life than using the native conference calling system. For more info, check out How to make a conference call.

guide how to technology