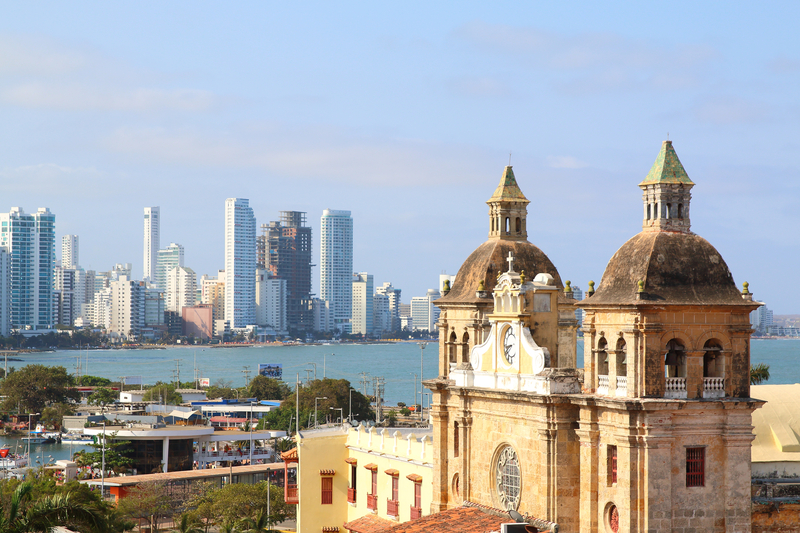 How to conference call Colombia

‘There are more than 100 UK business operating out of Colombia, including giants like Virgin, BT, and Shell. The South American nation is ranked as the 34th easiest country to do business in by the World Bank, but ranks first in the Caribbean and Latin America.

The UK has the fifth largest export market in Latin America, and a new business can be set up there in as little as 11 days.

The trouble is, Bogota, the capital of Colombia, is over 5,000 miles away from the UK, which means commuting is out of the question if you’re doing business there. And so you’ll need a low-cost and value-for-money international conference call provider.

And a conference call can be set up in a few simple steps, here’s how…

Visit ConferenceCall.co.uk and pick up your free PIN before clicking on the ‘Invite Participants’ tab, which will generate an email template. You then need to enter the time, date and subject of the conference call and then select the relevant dial-in codes for UK and Colombia.

You then simply need to copy the invitation, paste it into an email and send it to up to 100 participants.

Your conference call can now begin.

What’s the best time to call Colombia from the UK

Bogota is over 5,000 miles from the UK and the local time is five hours behind GMT – so probably best to leave your business calls until after lunch.

Situated in located in northwestern South America, Colombia has coastlines along Caribbean Sea and the Pacific Ocean, and is bordered by Venezuela and Brazil to the east, Peru and Ecuador to the south, and Panama to the west.

What’s the FCO advice for traveling to Colombia?

Despite their being a problem with high levels of crime, most visits to Colombia pass without incident – but you need to really be vigilant.

Street crime is a problem in major cities, including Bogota, Medellin, Cali and the Caribbean coast, where violent mugging and pickpocketing can be a problem, as can theft aft gun point, particularly in the Candelaria area of Bogotá.

Avoid deprived areas of cities and take care on city streets, especially after dark or if you are on your own. Don’t carry large amounts of money or wear valuable watches or jewellery and avoid using your mobile phone in the street.

Only use pre-booked taxis and be wary of fake police officers who will try to look for counterfeit money – if you are approached by police, ask to be taken to the nearest CAI (‘Centro de Atencion Inmediata’ – local police station).

Drugs and street violence are a concern, and nationwide strikes are an ongoing problem.

The Foreign and Commonwealth Office (FCO) advise against all but essential travel to:

If you have business interests in Colombia, it’s probably best to avoid travelling there and conducting meetings via conference call instead.