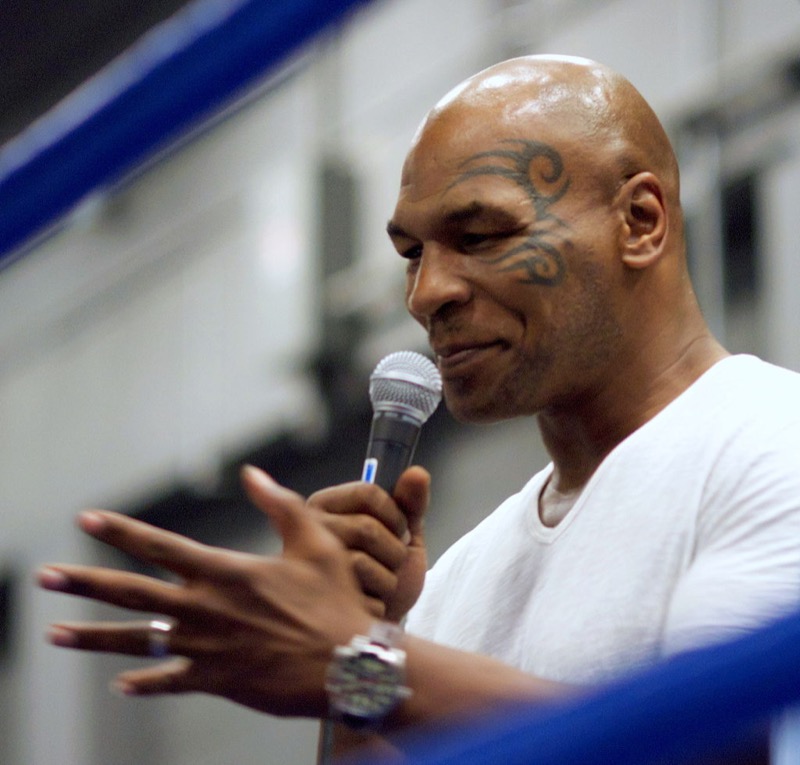 Back in August we reported how Tyson’s new business interest was holding the “Tyson is Back”event at the resort and now the former heavyweight champion of the world is ready to head up a second event.

During his last conference call, Tyson admitted he was still struggling with substance abuse, on this call he was keen to point out how he’d cleaned up his act since then.

While on that call, a slightly unhinged sounding Tyson said : “I haven’t drank or took drugs in six days, and for me that’s a miracle.”

He added :“I’ve been lying to everybody else that thinks I was sober but I’m not. This is my sixth day. I’m never gonna use again.”

And it seems as though he’s stayed good to his word, as he came across very business-like on this call and when questioned on his sobriety, left co-callers in no doubt that he was winning the battle with his demons.

Tyson said: “Hey, I’ve been, yes I am (sober), and I’ve been that way since my last discussion about it. It’s a struggle, but as of now I’m winning. I can only deal with the moment, and as of this moment I’m dealing with it very well.”

Anyone wanting to hear an unbalance Tyson battling his addiction would have left the 18-minute call sorely disappointed as the majority of the call was spent talking about Tyson taking his place back in the business of boxing.

And it sounds as though life outside the ring is as confrontational as it was inside it as Tyson said of his new role in the world of promoting bouts: “The world is really dog-eat-dog. I have some friends who are promoters, but once you get into the promotional business they’re not your friends no more. That’s a really bizarre awakening.”

And if anyone can handle a dog-eat-dog world, It’s Tyson – just ask Evander Holyfield!