Skip to content
Home > Flexible working > Is Tuesday the most terrible day of the week? 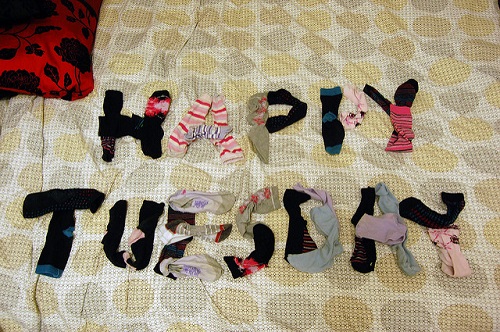 Is Tuesday the most terrible day of the week?

It’s a drab, grey, wet Monday morning in January, and if you’re just starting your working week, it’s difficult to believe  that it can get any worse than this. The Monday blues are in full effect once again.

But the team here at ConferenceCall.co.uk weren’t too sure whether it was just us who thought Mondays were the worst, so we asked let our Twitter community vote on what day they considered to be the worst – while not unanimous, there was a clear winner when it comes to the worst day of the working week…

Assuming Friday is basically the weekend (and because Twitter only allows us four options), what’s the worst day of the week?

But here’s the twist, we could be getting it completely wrong, as there’s academic evidence to suggest Tuesday is actually the worst day of the week. If you think today is bad, wait until tomorrow!

Is Tuesday worse than Monday?

If tomorrow sees you going back to the office for the first time since Thursday afternoon, there’s a good chance that feeling of dread you get each Sunday has just been put off for the day – or is there more to it than that?

A study from the London School of Economics monitored the mood swings of 22,000 people and found Tuesday to be the day when most hit their low point.

The study saw volunteers register their state of mind at regular intervals over a two-month period using the Mappines smartphone app.

Volunteers would receive an alert twice every day and asked how they feel, who they are with, where they are and what they are doing. Their exact location is then logged by GPS, provided they’ve given the app the relevant permissions.

So why is Tuesday the worst day of the week?

We wanted some more evidence that Tuesday is the worst day of the week, and so we turned to the Urban Dictionary (where else?) and found this, which seems pretty comprehensive…

Every day has a comfortable label that you can use to shape your day.

Monday – The start of the week. Hellish, maybe, but at least categorized.
Wednesday – Humpday. After Wednesday it’s all downhill. The end of the day on Wednesday can be particularly euphoric.
Thursday – The real start of the weekend, and only one day ’til Friday.
Friday – Clearly, it’s awesome.
Saturday and Sunday – Weekends rule.

What, isn’t Monday supposed to be the worst day of the week, you ask? NOPE. Tuesdays are the Siberia of days: gray, bleak, and they suck. Mondays are pretty bad too, but in a way, if your Monday really stinks, it’s kind of a badge of honor. Remember, Monday is the first day after the weekend and thus is sort of a “repayment” period for all the atrocities that you may have committed in the previous few days. If you’re riding the struggle bus on Monday, it is sort of a reminder (albeit an excruciatingly painful one) of how badass your weekend was. Tuesday, on the other hand, stands on its own. Like Madagascar is to Africa, Tuesday is far, far away from the approaching weekend.

And this threw up an interesting theory that one of the main reasons Tuesday is the worst day of the week is because it’s the day when the weekend’s feelgood factor has worn off and we realise the next one is a far way off – a theory that was backed up by academics.

George MacKerron, from the Department of Geography and Environment at the London School of Economics said: “It seems plausible that on Monday the weekend has not quite worn off. By Tuesday they are well into the working week and the following weekend is not yet in sight.”

In which case, it looks like the best way to beat the Monday blues could be to not have such a good time over the weekend – but where’s the fun in that..?

Do you agree that Tuesday is the worst day of the week? Or there another day that gets to you more? Let us know…