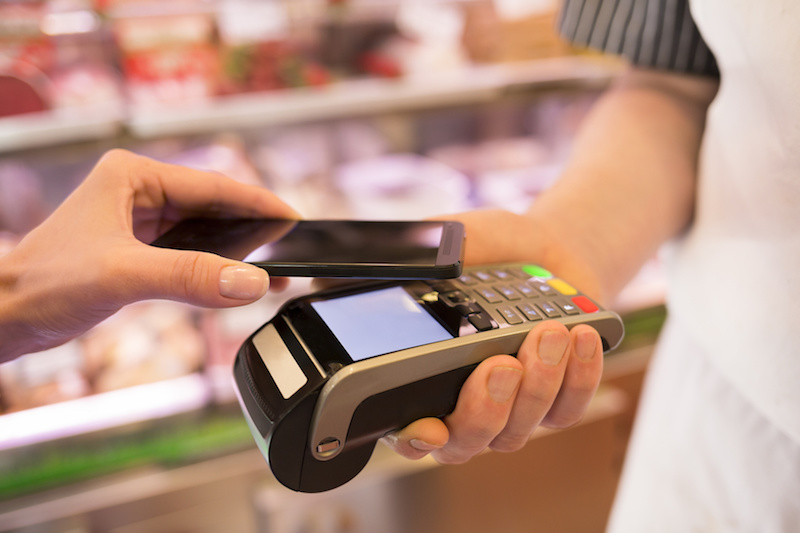 Social distancing measures designed to help stop the spread of coronavirus have meant that more and more food and retail outlets have been asking for contactless payments. If you’ve ever wondered how this tech works, it’s all down to NFC – an easy and intuitive technology that allows you to use your mobile phone for special purposes.

Still none the wiser? Read on…

Near Field Communication (NFC) is a way to wirelessly transfer small amounts of data between two devices placed closely together. It’s most commonly used to make contactless payments via cards and smartphones.

In technical terms, NFC is a close range, low power wireless link that has been evolved from radio-frequency identification (RFID).

An NFC chip operates as one part of the wireless link and the small amounts of data are transferred when it’s activated by another chip in another device.

It’s a bit like Bluetooth, but without the need for a passcode or the battery-draining powers.

Who is using NFC?

Moving forward passive NFC ‘tags’ on posters and business cards could contain links to a web address for a discount voucher that can be picked up with the touch of a phone.

Is NFC available in the UK?

Although the take off of NFC technology has no doubt been slowed down by the fact Apple has been slow on the uptake, it is starting to find its feet in the UK now Apple Pay has finally launched.

Pretty much all makers of mobile operating systems have their own apps that offer NFC functionality, with Android having the most extensive range.

A growing number of banks are now issuing debit and credit cards fitted with NFC chips so you can pay for goods and services without having to enter your card’s PIN.

And it could be the case that NFC technology will replace all cards before long, with the unique information on everything from your debit card to your supermarket loyalty card being transmitted via NFC.