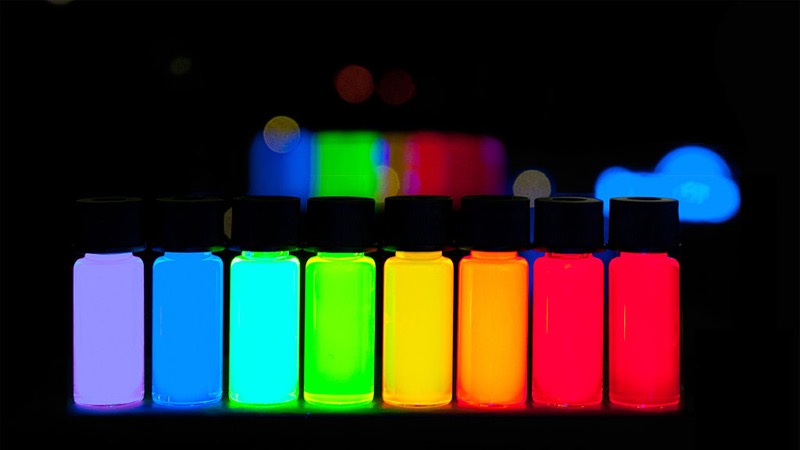 The Amazon Kindle Fire HDX7 is widely regarded as having the most vibrant display of any tablet – the reason? Quantum dots.

Forget liquid crystal display (LCD). Forget organic light-emitting diodes (OLED). Quantum dots are where the future of hi-res displays. So we know where it’s going, but where did it come from?

When the Kindle Fire HDX7 was in the development stages, Amazon wanted to find a way to make its screen produce rich, vibrant colours without running the battery down.

And Nanosys Inc., a California-based tech company, came up Quantum dots – semiconductor crystals that are 10,000 times finer than a human hair (they’re that nano) and convert electrical energy into light and have the ability to produce precise colours.

While Nanosys got the Amazon Kindle job, Massachusetts-based QD Vision Inc got the contract to produce quantum dots for Sony’s Triluminous TV. And such is the demand that manufacturers are struggling to keep up with the amount of orders coming in and are setting up partnerships with well-established display makers to keep pace.

Unsurprisingly, both Nanosys and QD Vision are looking to float in the not-too-distant future.

Not only are quantum dots cheaper to produce than OLED – a 65-inch quantum dot display would retail at about half the price of an OLED display of the same size – they also consume less power and the industry that is expected to be worth £5.7 billion by 2023 – which will represent a 127-fold increase over ten years given that last year’s sales clocked up about £4.5 million.

And while the technology has been in development since the 1980s – the decade that gave us, among other tech catastrophes, the Nintendo Power Glove and Sinclair C5 – it’s only been able to reach its full potential during the last decade.

So why aren’t quantum dots being mass produced? And why are we still seeing production of OLED on a much larger scale?

The simple answer is quantum dots generally contain cadmium, a toxic metal which that has usage restrictions in many countries.

But given the cost and energy benefits, this is a situation that will no doubt soon be resolved.