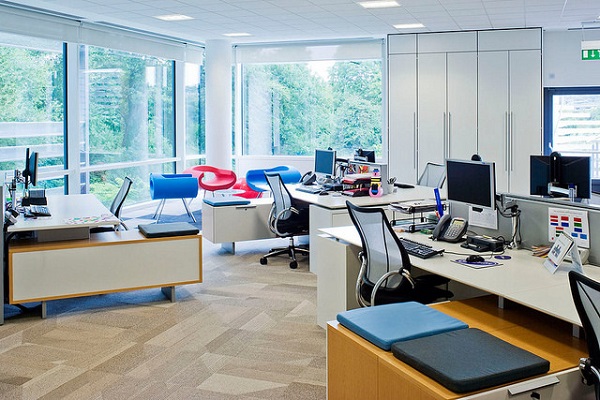 Should work from home staff take a pay cut?

A government minister has floated the idea that civil servants who work from home should be paid less than those that work from the office.

So, should work from home staff take a pay cut?

As we slowly return back to normal after months of intermittent lockdowns, the government has recommended that workers make a gradual return to offices throughout the summer.

But some in government want to not only accelerate this process by insisting all civil servants return to their offices by September, they also want to put punitive measures in place to ‘encourage’ staff to return to the workplace.

An unnamed senior minister told the Daily Mail (who else?) that it was unfair that those working at home should get the same benefits (pay) as workers commuting in.

He said: “People who have been working from home aren’t paying their commuting costs so they have had a de facto pay rise, so that is unfair on those who are going into work,” the unnamed minister said.

Which is, of course, absolute nonsense. Save for those few workers who travel large distances for their job and have a mileage allowance as part of their contract, commuting costs are never factored into an employee’s salary.

Or, if there are employers who really do feel this way, why not give a pay rise to those who travel in to work instead of cutting the pay of those who don’t?

Pay cuts are the last thing anyone needs after the 18 months we’ve just had, not to mention the last thing the economy needs – if people are earning less, they’ll definitely be spending less. No one wants to see austerity 2.0 – particularly after version one was such as resounding success.

The second part of the unnamed minister’s statement was also very telling:  “I think people who want to get on in life will go into the office because that’s how people are going to succeed.”

Are we really going to return to a situation whereby people need to be seen in the office to ‘succeed’? That awful ‘first-in-last-out’ culture that sees people working an untold number of unpaid hours in the vain hope they’ll work their way up the corporate ladder.

That’s not how things should work. Ever.

It’s almost as if these unnamed ministers can see the property portfolios of them and their friends plummeting in value, and they’re desperate to do something about it.

No drop in productivity

Working from home kept people in jobs and businesses in business during the pandemic. There’s been no reported drop in productivity, and our own anecdotal evidence suggests we’re working longer hours when necessary – they might not necessarily be between 9am and 5pm.

Instead of simply harking for a return to the way things were, now is the time to re-calibrate our relationship with work and the working day.

And if you think this is a story about civil servants and government officials, think again – this is just how they float the idea, and they’ll be coming for you next.

How a conference call can help you work from home

If you’re worried staff might miss out on vital meetings while working from home, there’s really no need. ConferenceCall.co.uk, the UK’s simplest conference call service, enables you to hold a teleconference with up to 100 participants – more than enough for the morning huddle or monthly board meeting.

And for hands free conference calling, check out our NFC wallet card.