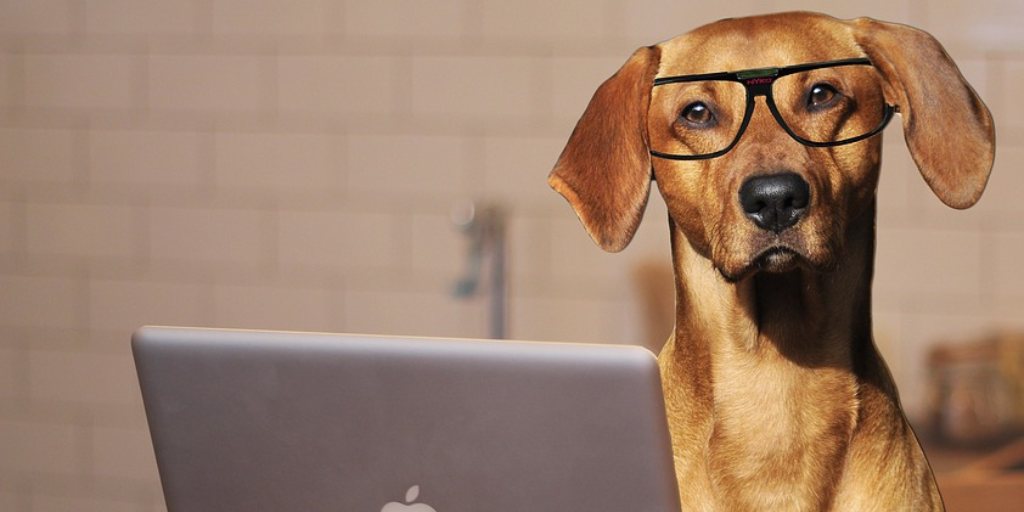 Today (Thursday, August 26, 2021)is National Dog Day – a day to celebrate all dogs and encourage adoption.

So let’s take a look back to a piece we did on Friday, June 21, 2019 – which was that year’s ‘national ‘bring your dog to work day’. A day that also hoped to set record is set for the world’s largest canine conference call.

What is ‘bring your dog to work day’?

Bring your dog to work day is an annual awareness and fundraising day whereby dog owners are encouraged to take their pets into their office with them. The event takes place to raise awareness of animal welfare and to raise money for animal welfare charities such as All Dogs Matter, a dog rescue charity, and an international charity, Animals Asia.

There are also said to be health benefits to be gained from having a pet about the workplace.

One organiser of the awareness day said: “Many scientific studies have concluded that the presence of pets can substantially reduce a person’s stress level in the workplace. Increased job satisfaction, team co-operation and morale have all been reported in employees that spend the workday with their pets.”

Some experts say the presence of dogs in the work place even has a positive effect on those employees who don’t have a dog of their own – just be mindful of those who have allergies!

To coincide with this year’s bring your dog to work day, a Gloucestershire-based company wants to help beat an unlikely world record – the world’s biggest canine conference call.

Barking Mad, a dog-sitting and dog boarding business in the Cotswolds, are appealing to all workers who are planning to take their four-legged friends into work to take part in the on-line record attempt.

Lucy Callaway, of Barking Mad Lydney, said: “We’d love to invite as many dogs to get involved as possible. The only requirement is that they have a human with a reliable internet connection, webcam and an audio headset!

She added: “The webinar will be hosted from Barking Mad HQ with office dog, border collie Paddy, at the helm.”

To join in with the record attempt for the most dogs on a live video conference call webinar, contact richard@barkingmad.uk.com

What is the record for the world’s biggest conference call?

It included 16,972 participants in an event organised by Broadnet Teleservices (USA), in Highlands Ranch, Colorado, USA, on 12 December 2012. All the participants were on the call concurrently for at least 10 seconds. The original number of participants was higher but had to be reduced after a second electronic check was carried out.

Here at ConferenceCall.co.uk, we can’t quite accommodate that many people on a single, but we find that our upper limit of 100 participants usually suffices. If you need to add even more people, get in touch by calling our customer support team on 0800 151 0065 (freephone landline) or 0207 100 1380 from mobiles (this local number should be included in any free minutes package you have as part of your contract).