Skip to content
Home > Technology > The landline is dead. Long live the landline. 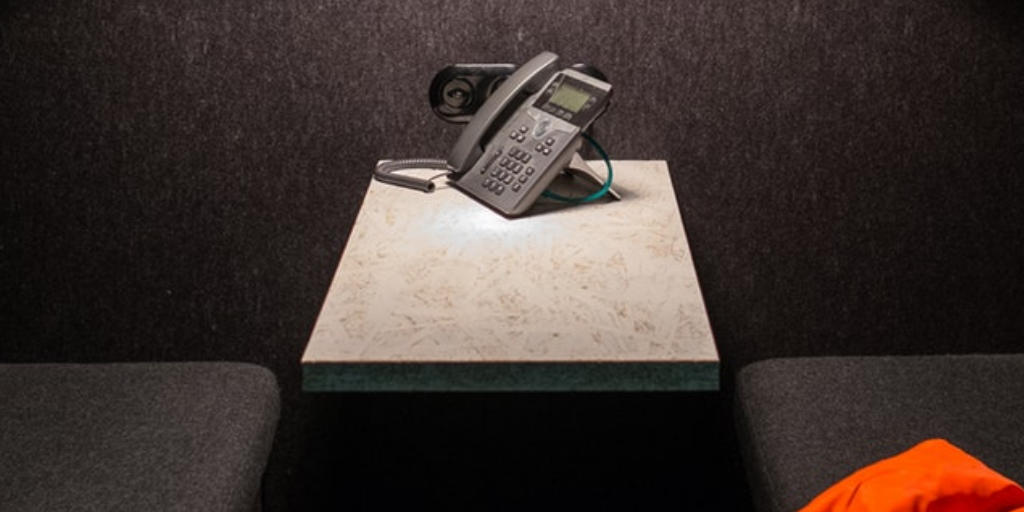 Our need to stay connected at all times means, telephones have never been more popular – 95% of UK households now own a mobile phone, compared with just 16% back in 1997, according to figures from Statista, a leading provider of market and consumer data.

But if most of us carry a mobile around with us and the analogue phone system is due to be switched off by 2025, where does that leave the good, old landline?

Who still has a landline?

How many of us still use our landline? Some more stats from Statista show that 89% of the population has a landline, slightly down from it’s peak late-90s popularity, when 95% of us had a landline, but higher than it has been since any point since 2007. Landline usage looks like it dropped off at around the same time the first iPhone was launched – as more of us traded our mobiles for a smartphone, so the need for a landline lessened – but why is the landline on the rise again, given more of us now own a smartphone than did 10 years ago? 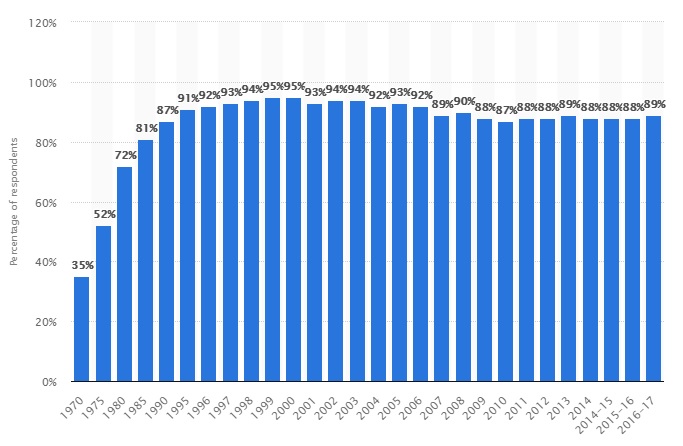 One reason for could be the nationwide broadband roll-out. As more and more homes across the UK are connected to the broadband network, so more and more take on a landline – most broadband providers will supply broadband connection via a standard phone line, and so it makes sense to connect a telephone to it, seeing as it’s there and it’s live.

But it might also be the case that traditional landline phones still have an edge over smartphones.

Why use a landline?

Unlike in years gone by, using a landline no longer means your tethered to within a two-foot radius of your phone, as almost modern landline handsets are cordless and have a wide radius. This means that even in a big home or office, you can wander around freely and chat clearly on your handset, without worryign that the signal will cut off or you’ll wrap yourself in knots, which always seemed a danger with those US-style landlines that seemed to have about 20 metres of extension cord to play with.

And if the size of a landline handset seems a bit clunky, they’re much more ergonomic than smartphone handsets, and much better for business calls or two-hour catch-ups with distant relatives.

And landline handsets are much cheaper than smartphones, with good quality, high spec models available fro under £50. And because the fixed line connection will already be included as part of your internet package, no additional monthly fees are due.

Landline connections are also much more reliable, and doesn’t suffer the same issues mobiles do when the network is busy and exceeding a certain number of users – anyone who’s tried to make a mobile call at midnight on New Year will know how the network can get overloaded – making calls, text messages or mobile internet almost impossible. Such bandwidth overruns don’t happen when calling over the fixed network.

Another big plus is the battery performance of cordless landline phones. Approximately 15 hours of talk time are standard – a brand that many modern smartphones do not reach, and that’s before you take into account things like Apple deliberately depleting the battery life on older models. Many phones also have Eco Mode. The radiation is reduced when telephoning, but the battery consumption is higher.

What will happen when PTSN gets switched off?

It may have escaped your attention, but all UK landlines – both home and business – will be switched from the old analogue public switched telephone network (PSTN) to a fully digital network by 2025.

This means you’ll no longer be able to use your standard landline phone, nor will you be able to use ISDN (Integrated Services Digital Network), as this will be getting switched too. The switch off will also affect all non-voice services connected to your phone line will be switched as well, including alarms, EPOS machines, door entry systems, CCTV, and fax machines.

There is a way to carry on using your landline though, and that’s to switch to VoIP for business. This will allow you to keep using your landline and your existing phone number. The only difference is that calls will be made over an internet connection rather than over the old copper wires used by the analogue system.

There are also many other benefits to using a VoIP system, which are outlined in our guide to VoIP.