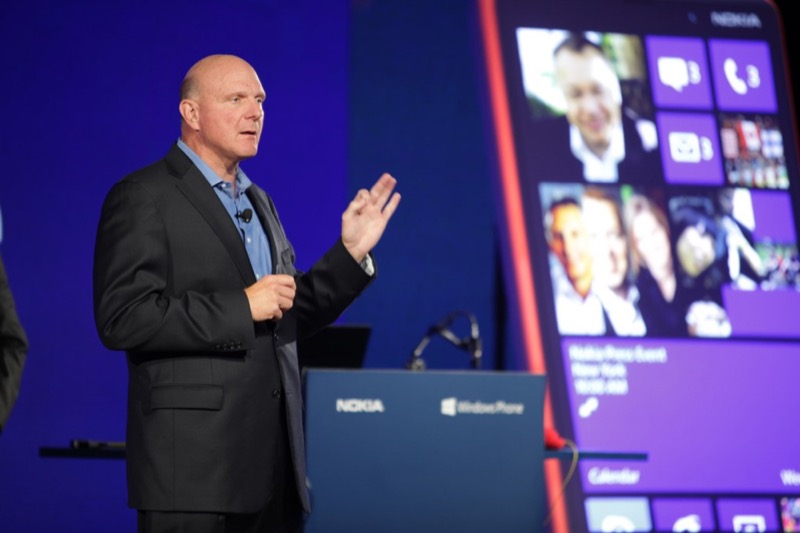 After announcing its decision to acquire Nokia’s phone business for more than $7billion, Microsoft explained the reasons for the buy out and fielded questions via a conference call – and it seems that the whole thing left investors cold.

Upon announcing the decision, Microsoft’s stock dropped by more than 5% in early trading, dropping to below $32 a share – a situation that more or less wiped out the remainder of the stock’s gains from after Steve Ballmer announced he would quit as CEO within the next 12 months.

On the flipside, Nokia investors were more than happy as their stock rose by over 40%.

So, given the lukewarm reception by investors, why would Microsoft bother buying Nokia, particularly for such a huge amount? Basically, to get a greater foothold in the mobile market – while the relationship has been somewhat symbiotic, Nokia providing the hardware, Microsoft offering the operating system, this deal means that it can take full control over every aspect of the operation.

However, it’s not just the stock exchange that are unconvinced by the buyout; mobile analyst, Benedict Evans, said: “Ownership by Microsoft will not of itself change the sales of Windows Phones. If anything, it will decrease them, since it prompts other OEMs to give up on it entirely”

He added: “It will not make more developers make Windows Phone apps or more consumers buy the devices. And it does little or nothing for Windows on tablets. Something else needs to change.”

On the other hand, those closely involved in the deal believe it to be a great deal for both parties – and consumers.

During the conference call held early yesterday morning (US Eastern time), Microsoft’s executive vice president of Operating Systems described the purchase as being the most exciting deal in his 17 years at the company.

Similarly (and unsurprisingly), Stephen Elop, Nokia CEO and name in the frame to replace Ballmer at Microsoft, gave the deal the thumbs up and played on the fact that it could unify both companies’ branding strategy and build upon the momentum already generated by the Nokia Lumia Windows phones.

Meanwhile, Ballmer said: “I continue to believe there’s enough innovation in devices — unlike some of our investors — that it will be a growth opportunity to the bold, to the innovative who pursue it.”

He also highlighted the fact that the deal would ensure that Microsoft could retain its autonomy and not be reliant on any of Apple or Google’s hardware or software.

And that’s what’s at the heart of the whole deal – to make the move from third in the smartphone market and dislodge both Apple and Google in the process.