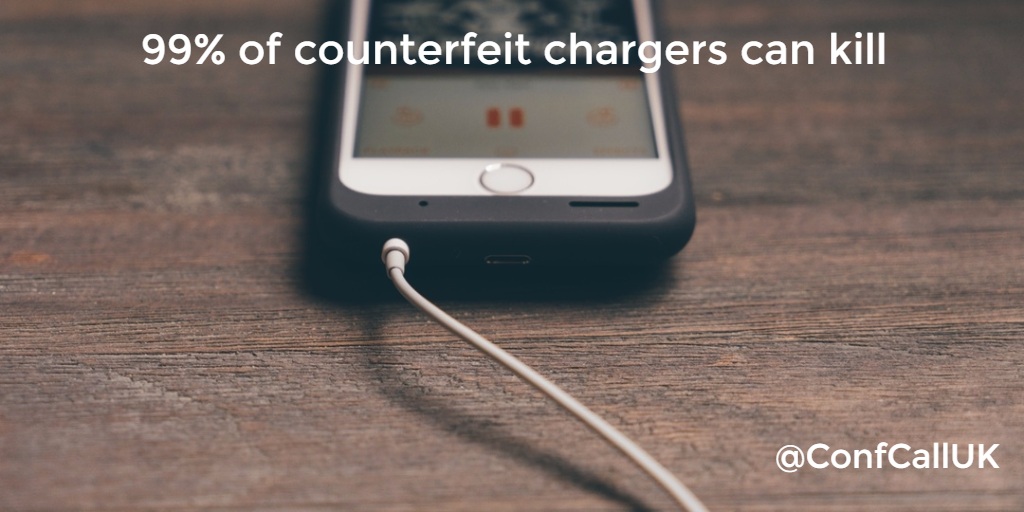 How to spot a fake Apple charger

Let’s not kid ourselves, Apple phone chargers are flimsy and expensive – I’ve not had one iPhone that doesn’t need a new charger after six months – but buying a fake to save a few pounds could prove costly.

…but here’s why doing so could put both yourself and others in serious danger.

A check on the safety of counterfeit electrical goods has found 99% of fake Apple chargers, bought online from suppliers across the globe, failed the most basic of safety tests.

The study, commissioned by Trading Standards and carried out by safety specialists UL, found that just three out the 400 chargers tested had enough insulation to protect against electric shocks.

So if you’re thinking of saving some money this Christmas and buying second hand, or even considering counterfeit electrical items, the advice is to think again.

“It might cost a few pounds more but counterfeit and second-hand goods are an unknown entity that could cost you your home or even your life, or the life of a loved-one.”

How to spot a fake

Although the number of potentially dangerous electrical goods on the market is a cause for concern, there are simple steps you can take to stay safe.

And when it comes to chargers, plug the charger into a wall socket, without switching it on or connecting to a device, to make sure it fits in easily – if not, the pins could be the wrong size, meaning the item is counterfeit.

Gillian Guy, chief executive of Citizens Advice, su: “Counterfeit electrical goods are likely to be poor quality and in the worst cases unsafe.

“Look out for tell-tale signs of counterfeiting such as mistakes in brand names or logos, and check plugs for safety marks – all genuine electrical items made in the EU should have a CE mark on them.”

And when using any electrical appliances, it’s important to remember not to overcharge them and to never cover devices when charging or use a charger with a cracked case or frayed cable.

Have you ever bought,or would you ever buy, counterfeit electrical items? Let us know…