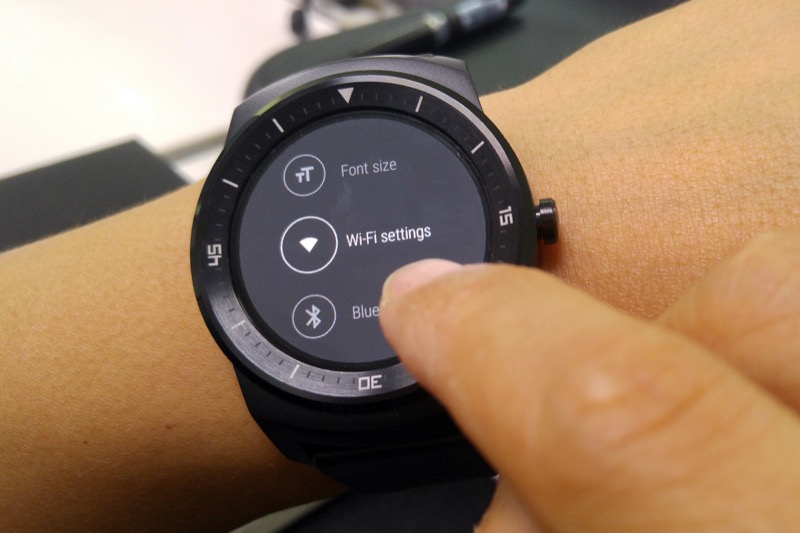 In case you haven’t heard, Apple is going to be unveiling its sixth-generation iPhone tomorrow – but what if you don’t care too much for Apple’s offerings, what’s out there to get your heart-rate app skipping a beat?

Back in January, we predicted 2014 would be the year of wearable tech, and although it hasn’t quite panned out that way, it’s not for want of trying by tech’s big hitters.

And so LG has offered up the G Watch R, a circular-screened wrist watch that has the distinction of being the world’s first to have an OLED plastic display with a resolution of 320 x 320.

It runs on Android Wear and comes with 4GB of memory and a 1.2GHz Snapdragon processor.

What really stands out about this watch is that it looks like a normal watch and not something out of a bad sci-fi film and the fact that its display stays on at all times with minimal power usage  means it can be worn and used like a normal watch. Imagine that, eh?!

Whereas Nokia was once the go to mobile phone for most, it’s stock has dropped dramatically since the advent of the smartphone – but its been feeling its way back into the market since Microsoft took a controlling interest.

At around £250 the Nokia Lumia 830 is at the cheaper end of the market and while most manufacturers like to pack their gadgets with as much hardware and software as possible – even if much of it is superfluous – Nokia looks to keep it simple and only include features that are genuinely useful.

And so you can easily screen share on other compatible devices and comes with a wireless charging dock that flashes different colours depending upon notification.

The 830 is also the slimmest and lightest Nokia yet and although the screen and camera have both been compromised slightly, its 10 mega-pixel still takes a good enough picture. Best of all though, it comes with an changable battery and back cover – something more modern handsets could do given with their often short battery life.

Facebook have bought the Oculus Rift, Google have released a smartphone compatible cardboard version, and now Samsung have weighed in with a VR headset – but this version is, like most things Samsung, big and brash.

Not only is it immeasurably more wearable than a cardboard cut out, the resolution is so crisp and all-encompassing it’s like standing a few feet away from a 175-inch screen – if you can even imagine that! – and it’s low on lag and comes with a 96-degree field of vision wiht a 60Hz refresh rate.

In short, when it comes to VR head sets, this one is the real deal.