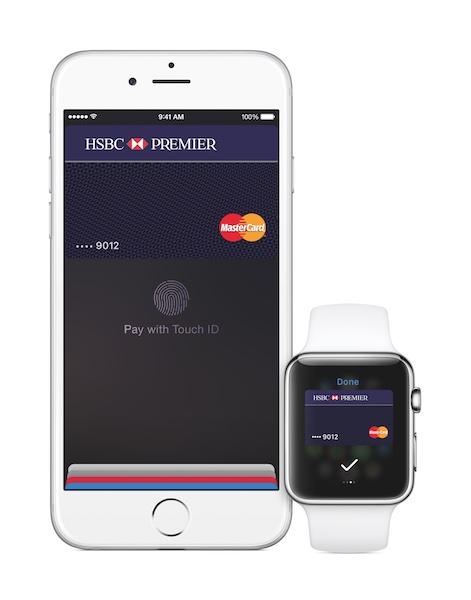 Apple Pay to hit the UK

Apple has announced that next month the UK will be the first country outside of the US to get its Apple Pay service that allows consumers to make payments by waving their iPhone of Apple Watch at contactless payment terminals.

The system uses NFC technology – the same tech that powers our Wallet Cards – and will be offered at around £250,000 locations across the UK and cover around 70% of credit and debit cards.

Not such a pay day for Apple

Apple Pay was launched in the US in October last year and take up has been limited, with Reuters news agency indicating fewer than a quarter of the country’s leading retailers accepting the technology.

And the fact that Wal-Mart and 18 other stores have teamed up to launch a rival digital wallet scheme really hasn’t helped matters as they have all agreed not to support Apple’s offering until at least 2016.

Apple Pay OK in  the UK

Apple believes its tech will find it easier to get mainstream support in the UK though as machines already set up to accept contactless payments will work with Apple Pay at the flick of a switch.

Three major UK chains – Boots pharmacy, Costa coffee and Waitrose supermarkets – are among the organisations committed to supporting Apple Pay, as is the London Transport Network.

A list of lenders have committed to the scheme, but Barclays is notable by its absence, possibly due to Barclaycard launching a similar PayTag service.

Siri to get more intelligent

Apple software chied Craig Federighi has revealed the next iteration of its iOs mobile operating system will give Siri an upgrade that will make it more proactive.

New features will include…

Federighi was keen to point out that Siri won’t compromise privacy by mining emails, photos or contacts in the cloud to learn things about you – as Google’s Android software does.

And iPads running iOS9 will be given an upgrade to multitask and run two apps simultaneously.