Skip to content
Home > Technology > Is the jetpack the future for commuters? 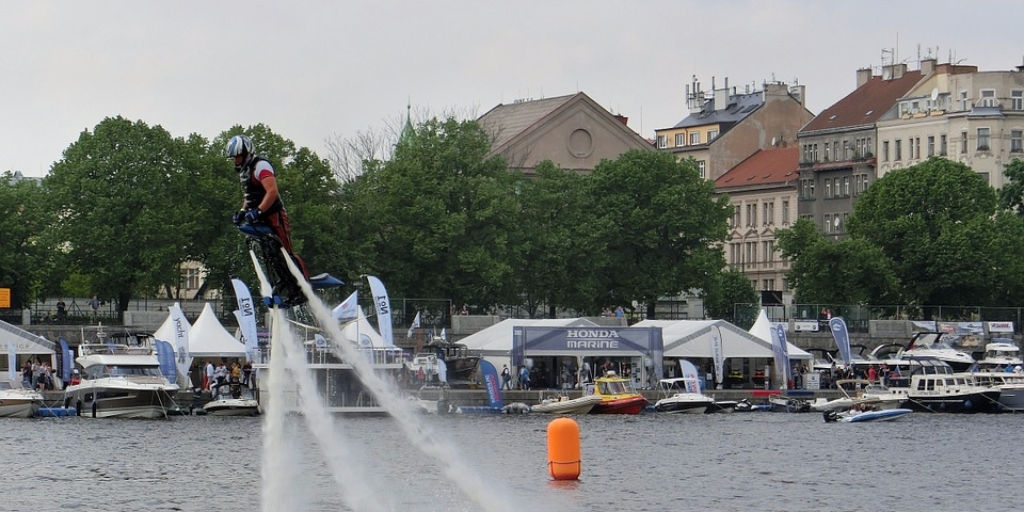 How would you feel about leaving the car at home and strapping yourself into a jetpack to tackle the daily commute?

It’s a scenario straight from science fiction, but one a Chinese tech firm is looking to make science fact in the not-too-distant future – so could the Martin Jetpack really change the face of commuting forever?

What is the Martin Jetpack?

The Martin Jetpack is a single-person aircraft powered by a petrol engine that runs two ducted fans to provide lift.

A collaboration between the New Zealand-based Martin Aircraft Company and Kuangchi Science, a Chinese tech innovation business, the jetpack has been under development for 30 years and there is now a working prototype that can fly at 2,800ft (850m) at 45km/h (27mph) for 28 minutes.

Peter Coker, vice-president of innovation at KuangChi Science, Martin Aircraft Company’s major Chinese shareholder, has said of the innovative tech: “Jetpacks will be part of future cities. I see it as being the Uber of the sky.”

And the long-term plan is for commuters to be able to hail an unmanned jetpack via a smartphone app.

These plans have been given the thumbs up from Michael Read, one of only two test pilots to have flown the jetpack, who said: “It’s intuitive, free-flowing and most of all, fun. Being able to be transported up into the sky in such an unconstrained way is truly a unique and enjoyable experience.

He added: “Of the nearly 3,000 people we’ve had fly our simulators, almost every single one of them has left with a big smile on their faces. Given that the simulator is very close to reality, this gives us the biggest indication that it is as much fun as people imagined it would be. I certainly enjoy it.”

But before you start reaching for your flight suit, the need for changes to existing aviation rules and regulations to overcome  and, as Coker admits, a need for “automatic collision avoidance” mean the arrival of commuter jetpacks could still be some way off.

However, the rapid rise in the number of drones that have taken to the skies over the last couple of years suggests that regulation changes can be pushed through pretty quickly, if necessary, and personal jetpacks could follow the same legislation and code as their unmanned counterparts.

What is the drone code?

When you fly a drone in the UK it is your responsibility to be aware of the rules that are in place to keep everyone safe, and the simple to remember drone code has been drawn up to ensure people fly safely and legally:

Conference call to beat the commute

There is an easier way to beat the morning rush hour – work from home – and using ConferenceCall.co.uk means you’ll never have to miss another meeting, simply dial-in and join in using your mobile or landline.

Would you hop in a jetpack to work? Or is the idea pie-in-the-sky? Let us know your thoughts…