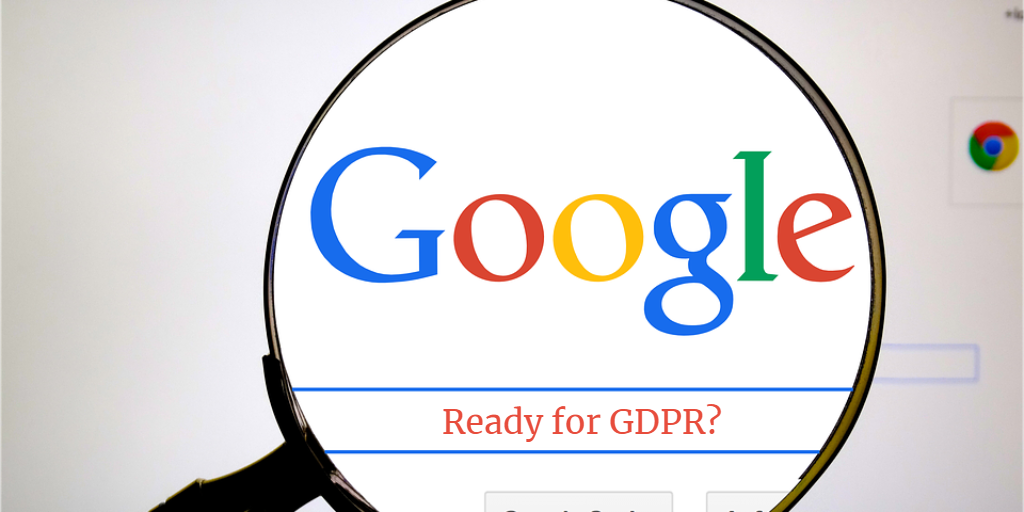 You’re going to be hearing a lot about GDPR over the coming weeks, as the European Union’s new data protection legislation takes effect in just over a month’s time, on May 25.

And it looks like it;s going to be a timely piece of legislation, giving the ongoing controversy surrounding Facebook’s use of data, which has seen the social networks CEO answering some tricky questions in front of the US congress.

Alpahbet, Google’s parent company, has been under a fair amount of pressure from investors recently – it’s capital spending tripled to over $7 billion in the first quarter of this year, and its profit margins have dropped as it reinvests more money in hardware systems and cloud computing.

And the price of its shares have fluctuated in 2018, largely as a result of it potentially being forced to change the way it works to fall into line with the new EU GDPR rules, which will take effect on May 25 and give individuals more control over how companies gather and process their data. The new rules will also hold companies more accountable for data breaches.

These new rules could potentially have a massive impact on Google’s personalisation, particularly where targeted ads are concerned, but Google boss, Sundar Pichai, insists it’s all under control, and the tech giant is ready for GDPR.

Mr Pichai told reporters on a conference call: “GDPR is a fairly new public topic, but for us it is not new – we started working on it 18 months ago.”

Adding: “We are working very closely with our publishers and our partners… It is a big effort, we are very committed to it and to getting it right.”

Is your business ready for GDPR? Check our business guide to GDPR for all you need to know about how the guidelines will affect your business, and what you can do to make sure you’re ready for the new rules.