Skip to content
Home > Technology > Three ways Google will kill us all! 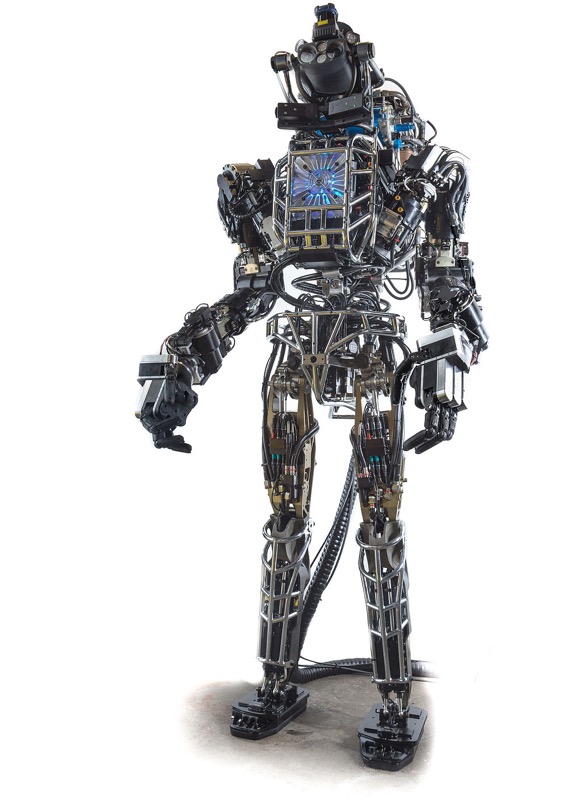 Three ways Google will kill us all!

Google is going to kill us all one day!

While, there’s no doubting the tech boom we’ve seen since the turn of the millennium has made our lives easier and more enjoyable – where would we be without superfast broadband and smartphones? – that’s only half the story, as there are some crazy inventors out there (at Google, mostly) coming up with some quite terrifying tech.

It’s like they’ve never seen Terminator or even heard any apocalyptic sci-fi stories.

Be afraid, be very afraid…

Google is looking more and more like a prototype Skynet – not content with owning the internet, it’s branched out into all sorts of tech, from driverless cars (more on that later), artificial intelligence (more on that later too) and, arguably the most terrifying of all, massive robot dogs.

These things can run at speed, quickly right itself when knocked off balance, handle all sorts of terrain and can even get up stairs – they’ve not even given us that get-out-of-jail-free card! – and a set of machine guns really wouldn’t look out of place .

Oh, and when they couldn’t get any more nightmarish, some bright spark decided they need a big robot arm that can throw breeze blocks.

The things are probably fire-proof and all.

So the robot dog technology is terrifying, but thankfully it can’t think for itself and, like any good dog, is at its master’s command – until it gets hooked up with some AI and quickly learns how to out-think its human inventors.

And guess what company is making massive strides in the world of AI – that’s right, Google!

If Google’s AI robot dogs don’t get you, one of its AI driverless cars probably will.

Although all the data says driverless cars are safer than human-controlled vehicles – Google’s fleet has racked up hundreds of thousands of accident-free miles – but it’s only a matter of time before the super-intelligent robot dogs tap into the AI minds of the driverless cars and command them to drive their screaming, strapped-in humans of a cliff or something.

And you can’t even hear the electric cars coming!

It’s anyone’s guess why someone would want to strap a little backpack on to a bug to turn it into a remote-controlled android anthropod – but that’s exactly what some boffins in California have done.

The built-in flying technology of insects is so tough to replicate that scientists have instead decided to strap power packs on them to make them some sort of freaky cyborg bug.

And they’ll be great for search and rescue, presumably to find hapless humans who have been buried under a pile of breezeblocks by those robot dogs!

Oh, so it seems the boffins have seen the Terminator movies and they just don’t care as someone has come up with a 3-D printer inspired by the film Terminator 2, in which the T-1000 robot rises from a pool of metallic liquid.

These Carbon3D printers harnesses light and oxygen in “game-changing” process could make objects such as car parts, medical devices or shoes.

What terrifying tech have you heard about? Let us know…